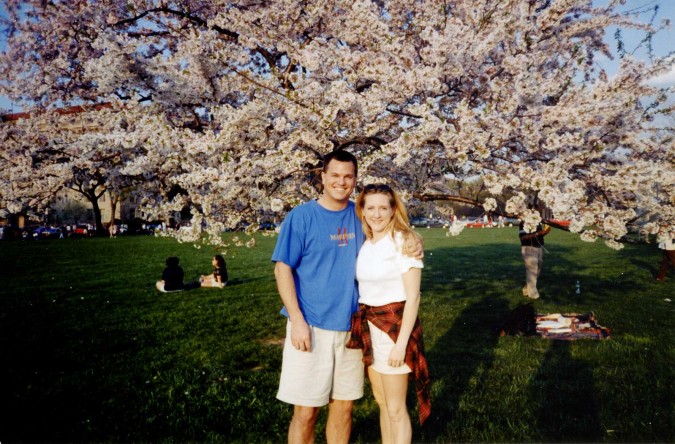 My last post shared about My Love Story {Part One}.

It tells of love almost at first site, a quick engagement and a marriage 8 months after we met.

It talked about complete peace on our wedding day.

I knew then that he was the one for me and I didn’t doubt that…but there is a part two that also needs to be told….and part three is already being written as we live our lives right now.

Everyone had talked about the honeymoon period.

I had also heard people talk about how the “honeymoon period” had ended.

Well, I never thought we had a honeymoon period.

We had not known each other for too long and here we needed to figure out money, work, goals, how to disagree etc.

We also had to deal with a lot of unexpected family drama that truly took its toll on us.

I believe that the family drama was one of the hardest to work through.

We have worked through it now but I would never want to relive those days!

And when I say “we” have worked though it…I am saying that Kelly and I have worked through it even though the situation with others involved is not ideal.

Our year and a half was hard..truly hard.

There were many times that I thought we had made the biggest mistake.

Little differences would turn into huge fights with silence that would last days.

I didn’t know  you could feel so alone with someone else in your home.

I have never felt so much anger towards someone.

We would both say things that we would be embarrassed today for anyone to know.

We were selfish and we needed to grow up…but we were stuck.

The hardest thing about being stuck is you don’t know where to go or what to do to make things better.

We also had many wonderful times but our differences were often overshadowing the joy.

We needed someone to help us.

We needed someone to listen to our hearts and help us see the other person’s perspective.

The woman that married us was amazing.

We both respected and cared for her deeply.

Even though she was in Illinois and we were in DC….she agreed to counsel us on the phone.

She would spend time listening to me alone, then listen to Kelly alone and then would get us on the phone together.

It was so healing for us to hear another person’s perspective and insight.

I couldn’t believe it.

I was also very open to Sue’s insights into me and willing to work on whatever she told me to.

Growing up and thinking of someone else more than yourself is hard.

Don’t underestimate the baggage that people bring into a marriage….and we had it.

Don’t underestimate the importance of the family you marry into because it is huge.

I can’t tell you how many times we talked to Sue on the phone but I don’t think it was more than five.

I don’t know where we would be today if we had not reached out for help.

I am so grateful for her and what she helped us through.

We were actually not a lost cause…..we just needed a little direction.

Those years seem long ago and that kind of hurt and pain seems long gone too.

We are not perfect by any account…. but I can honestly say that today we have one of the best marriages of anyone I know.

We worked though a lot early on and that has made all the difference.

I feel supported, encouraged, treasured and protected by Kelly and I know he feels respected, honored and treasured by me.

He is the father that I always hoped my children would have.

We would both say in a heartbeat that we would choose each other all over again.

I look at those years as the biggest lesson I have ever learned in marriage.

It will get hard.

You will lose your way every once in awhile.

You may even feel like running….but it can change.

Even today I can be upset and when Kelly puts his arms around me all feelings of sadness or anger washes away like rain washes away dirt.

It washes it clean.

I hold on to those years as a reminder that our marriage may be hard again.

I am not so naive as to believe that we will never have problems again..but I also now KNOW that we can work through it.

I know that our feelings are just that…feelings.

I know that it is not shameful to ask for help when you need it.

I know that our marriage is worth it.

Our family is worth all the work.

As I was trying to find photos for this post I was looking through many albums that contain our twelve and a half years together.

We would not be were we are today and have the beautiful family that we have without one very big truth….our faith in the Lord.

We stumble and we fall.

I know where we turn.

We do not deserve His grace and love…but He offers it anyways.

THAT is the sweetest of love stories.

True love that is given freely and unconditionally.

We will be home from France very soon and I can’t wait to tell you all about it (some parts I may keep to myself).