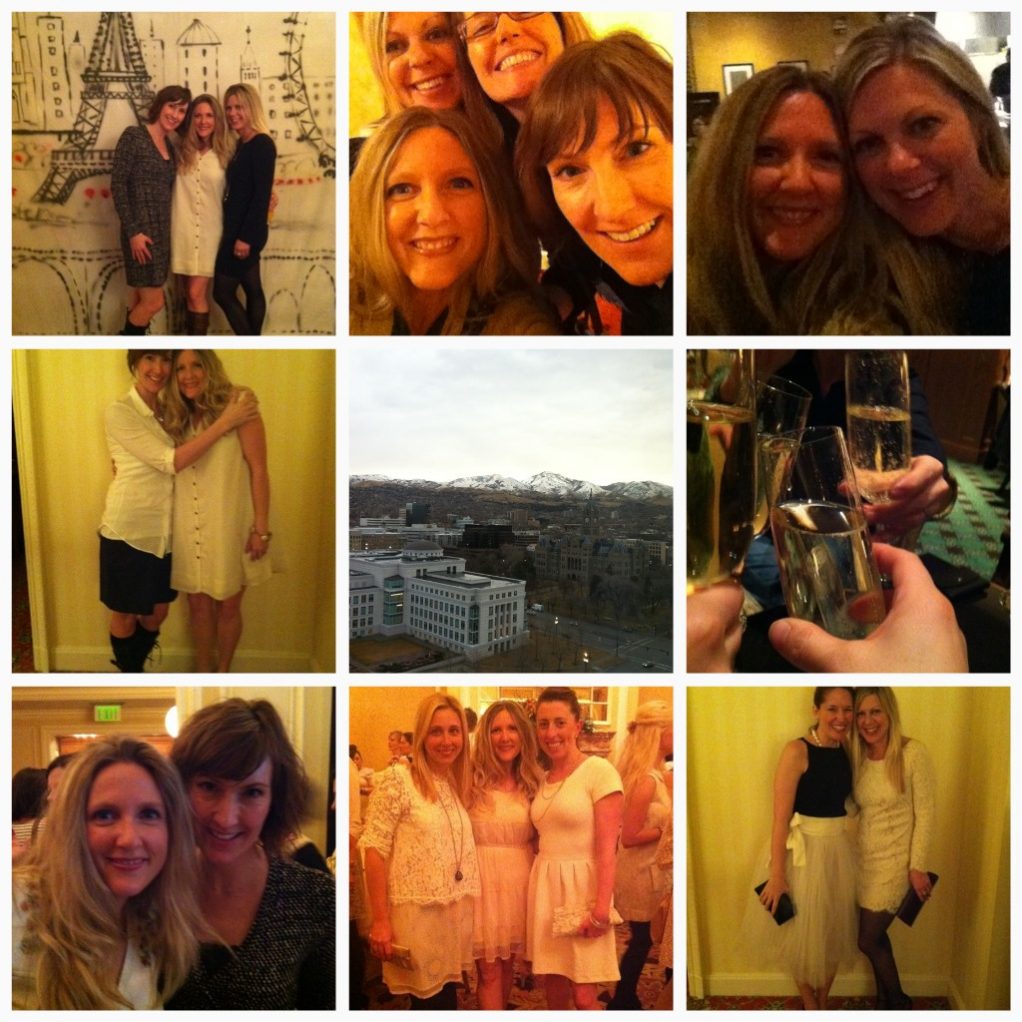 As I step off the plane I tell a young mom how good her baby was.

I remember how hard those flights use to be.  We are always harder on ourselves in those situations than anyone around you is.

You only know that AFTER you have had babies.

I make my way to baggage claim and wait for my friend, Margie, to pick me up. 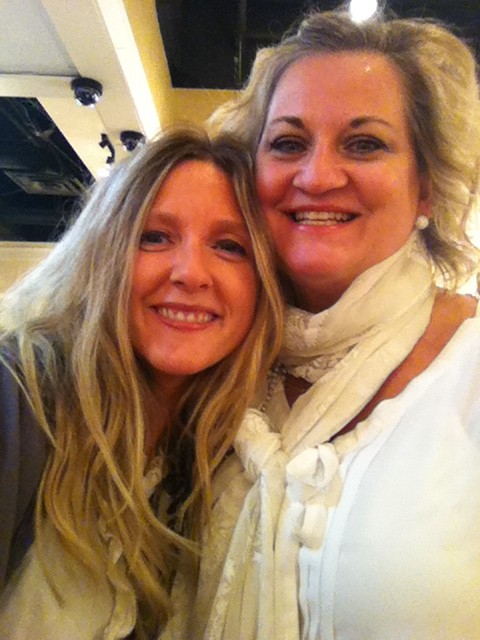 I am in a day earlier than all of my friends coming to the conference and Margie has offered me her extra bedroom.

Hotel out by the airport or a friend’s spare bedroom.  Easy choice.

Sweet Chrissy was able to meet us for a rushed but good dinner.

I have many creative friends in many different areas but I don’t always get to see them work first hand.

Margie was teaching at Dear Lizzie that night and I was able to watch her work. She loves people and people love her.   She is really good at what she does and I had never seen that side of her.

I got to see her be a mom too.  Precious.

I stayed up later than my tired body wanted me too until I couldn’t take it any longer and headed to bed.

Don’t you love waking up in a friend’s home?  With hair pulled back and pajamas on I made my way to the kitchen where Margie was already at her computer starting her morning.

All morning I had been receiving texts from my good friend, Kimberly, telling me that she was stuck on the tarmac because of the weather in Seattle.

Kim is a very close friend and she was truly one of the main reasons I wouldn’t let myself cancel the trip.

I don’t get to see her enough so I was anxious to hear that they would take off.

At one point she let me know that if she didn’t return my texts that she was in the air.

After no response after a few texts I was thrilled that it meant that she would be making it.

After arriving even in the midst of a snow storm….Kim made it before me to the Grand America.

Total showoff in my book.

By the time that I made it to the hotel Kimberly already had a group of friends and was introducing me to everyone around the table.

Many of the people around that table would end up being the highlight of the weekend.

Melissa and Estelle (our other two roommates) arrived that afternoon. 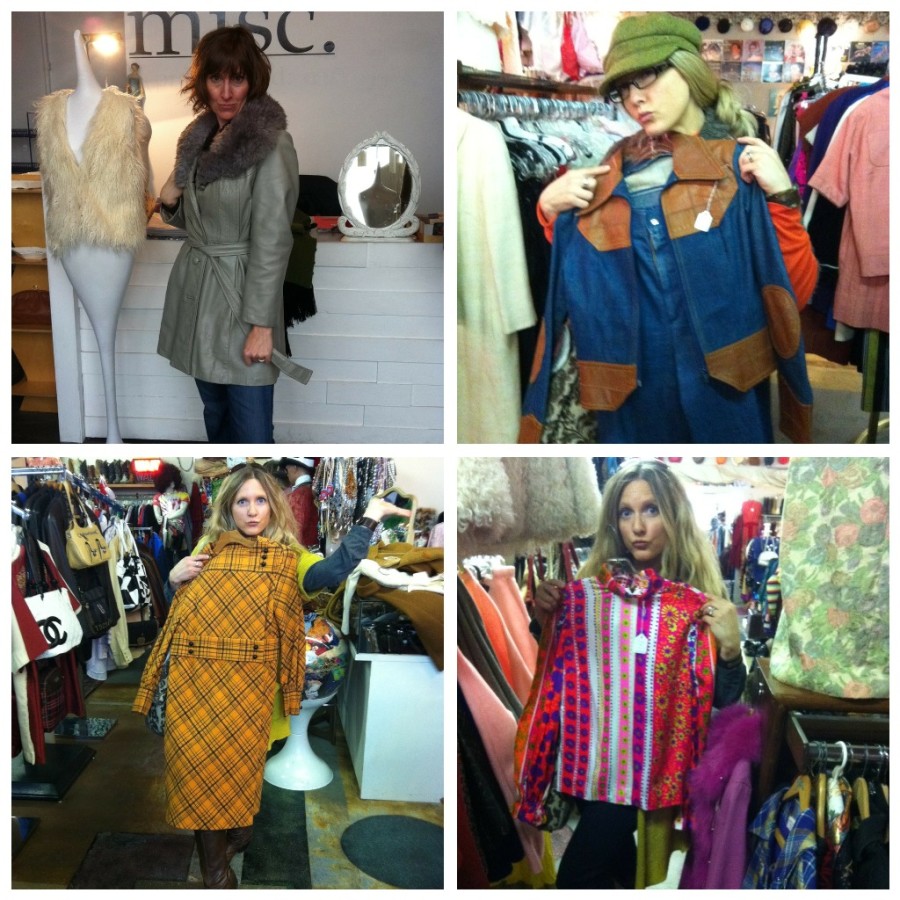 There were business cards exchanged, amazing panels with even more amazing business owners.

There was Ben Silbermann (I know!) and Gretchen Rubin (I know!).

There was a lot of photos taken and texts sent.

There were notes taken and questions asked.

There was inspiration and new ideas formed.

There was a lot of laughter and inside jokes. 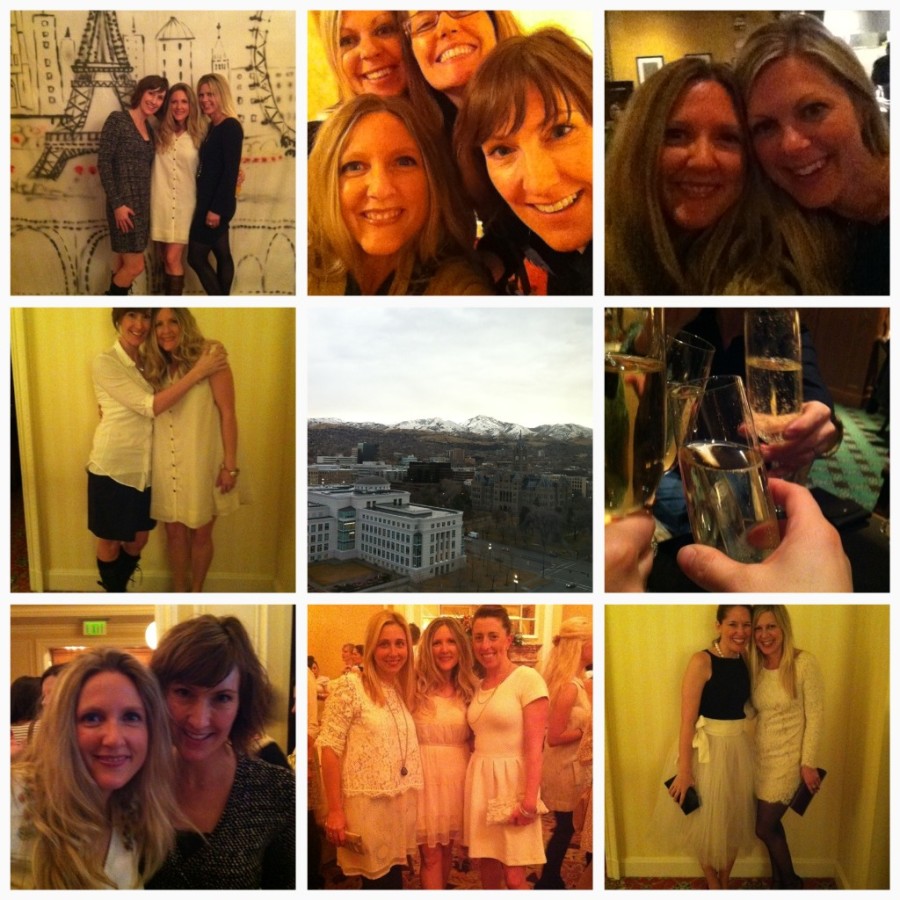 What I want to tell you about though is the last night.

Keep in mind that everything up to this point was amazing and beautiful…but it was at the hotel bar late on Friday night that closed up the week for me.

I was around a table with Melissa, Melisa, Melissa (seriously), Courtney, Beefy, Kimberly and Estelle.

Kim brought up that we should play positive gossip.

A game where you go around and tell one (or ten) things about each person that is special about who they are.

What about their talent, character or being that resonates with you.

Not too shabby of a game.

THAT is how you end a creative conference.

Every person around that table went away with a little treasure about the beauty that others see in them.

We don’t have enough of that in the world.

So, thank you to my husband that pushed me to make time for myself.

With legs shaved and no yoga pants in site I had the most amazing week.

As much as I loved the networking, connections, parties, panels, good food, speakers…..

It was the people….it always is…..that made my time away so amazing.

I never took out my nice camera and only used my phone (obviously).

For amazing photos of Alt and a better understanding of how amazing it is click HERE.