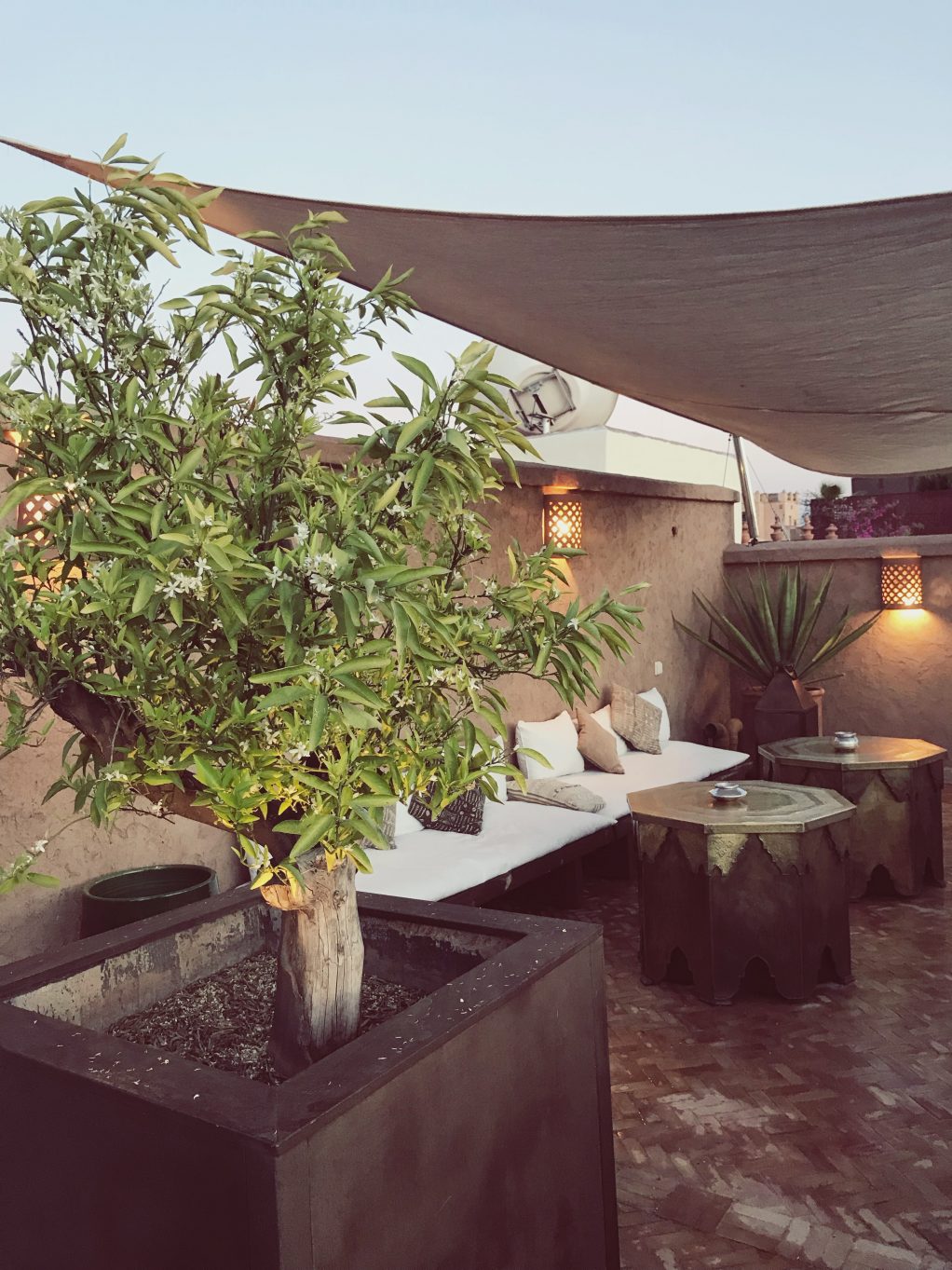 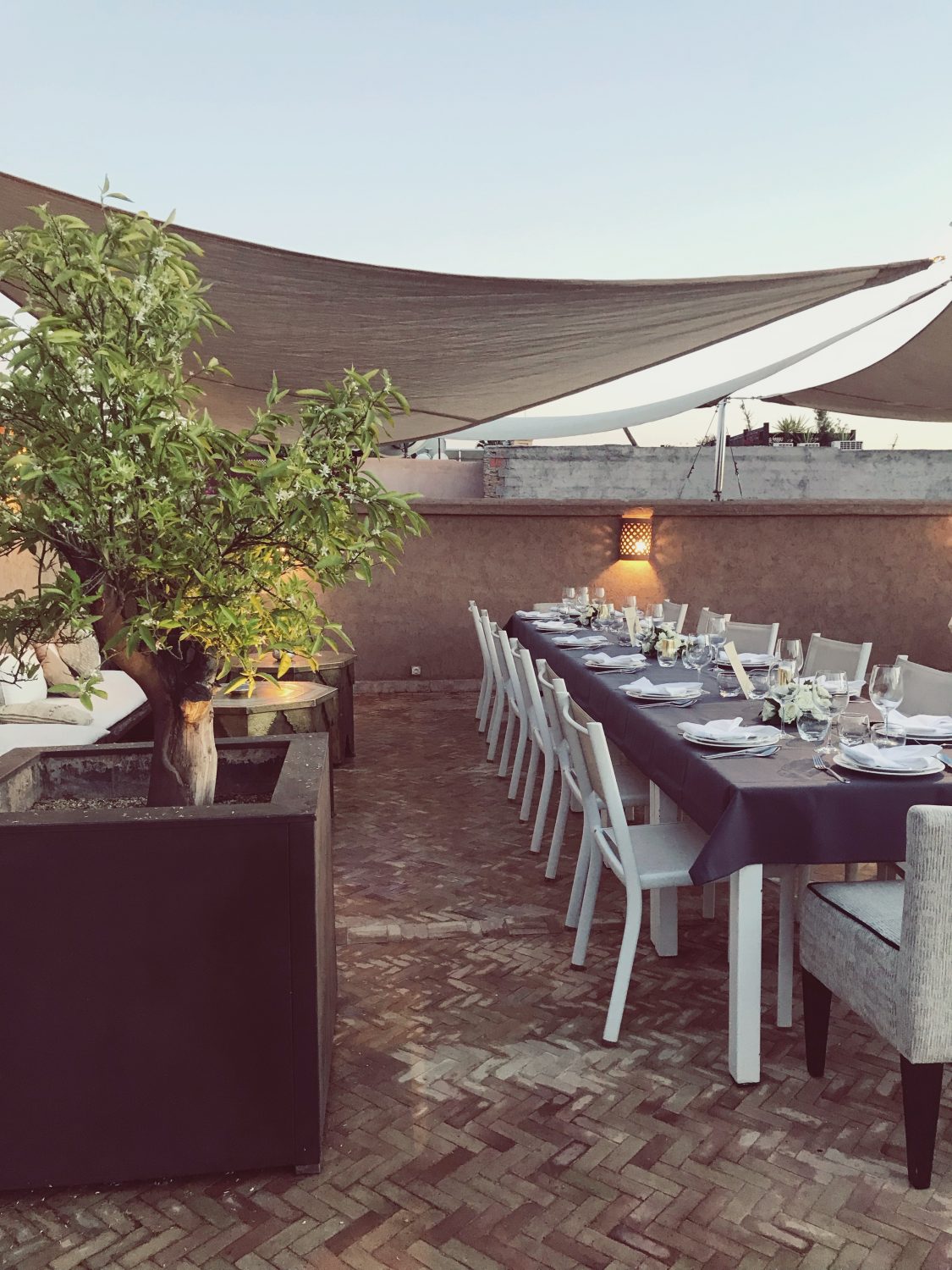 You can find Part One HERE.

As soon as I was undressed (down to my underwear because that was what I was told) I put on a robe and was met outside the small changing space and taken down the dark hallway with all lights putting off a soft red glow. At the end of the hallway they opened the door and I walked into a small dark room filled with steam, the scent of eucalyptus, a stone bench halfway around the room and a small fountain and tub with a bucket. I made my way to the woman already there and waiting for me. She sternly told me to take my bra off which I was fine to do and set it aside with my robe. Before she began the door opened and four of the other women I had just met were brought into the room. They were all told to sit down and they waited their turn. 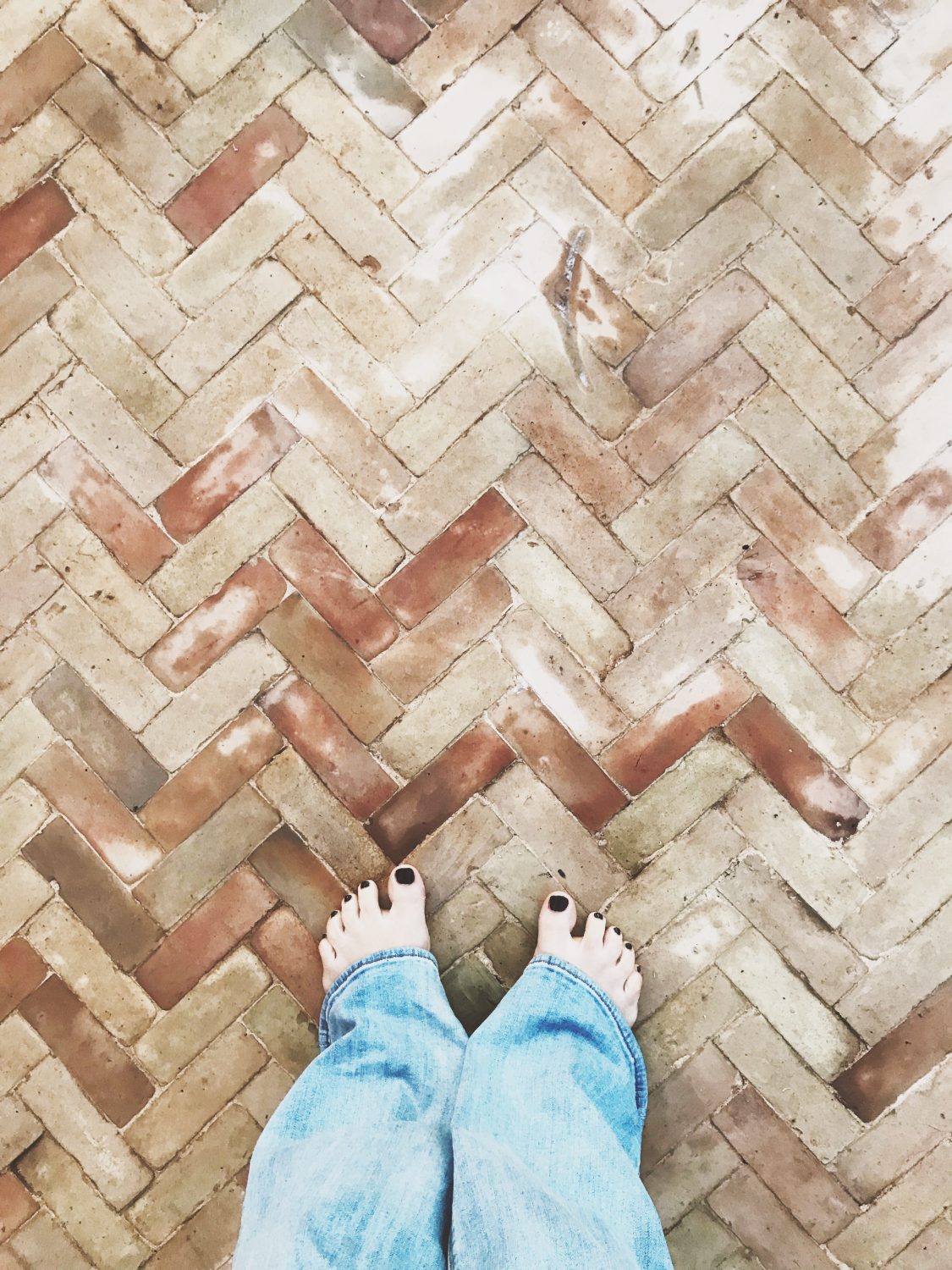 The woman proceeded to dump bucket after bucket of water over me. She then took her eucalyptus soap and between buckets of water she was washing me head to toe. It was as if I was a little girl again and my mom had found me out in the mud. Her washing was not the slow movements I am used to at home during a massage but very intentional and with a job to do. She then told me to lay down on the stone bench. With my face to the ceiling, she took something similar to a luffa and she began scrubbing me harder than I have ever been scrubbed in my life. I was getting clean alright and with an audience. She then told me to flip over and proceeded to scrub down my backside. At the point where she slapped my butt, I was so over being embarrassed or self-conscious and was honestly just smiling and enjoying the story.

Once I stood up she washed me once more, washed my hair and poured more buckets of water over my head. It was my turn to sit down as the other four were washed one by one.

After we were washed we put our robes back on and were taken to another room with chaise lounges, that same strange red glow over everything, and they slowly started to rub our feet as we sipped our sweet mint tea. As I sat there my eyes started to swell with tears. I think I was just overwhelmed with how as Westerners we are given the daily option to be so sheltered and private and what are we missing? I remember years ago reading The Red Tent by Anita Diamant and as I lay there I thought of women, relationships, community and all of that being a safe place. What a strange turn of events to be naked in a room with four other newly discovered strangers that I would spend the next two weeks with and leave that room with walls just instantly gone.

A woman came and got me from this waiting room you may say and took me to my upstairs massage. For the next hour, I slipped in and out of ideas and moments of drifting off from my long travels. With my body scrubbed, oils throughout my hair and all over my body and my exhausted body receiving such a gift. 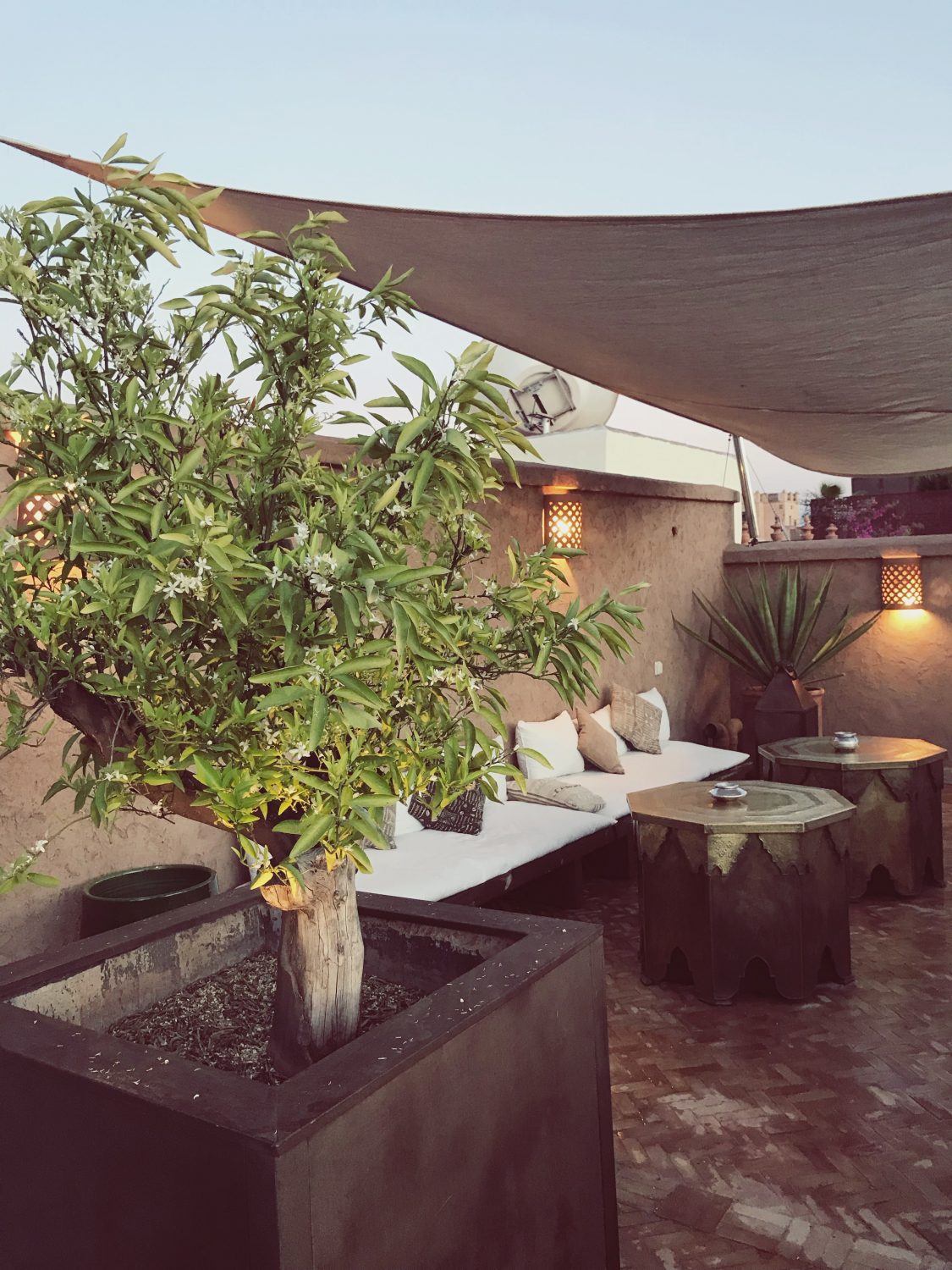 After my shower, back at the riad, I made my way to the rooftop patio and as I reached the top step I gasped. Olive trees in oversized containers, long tables, fires burning with sweet olive wood, candles, and lights showering us with a soft glow and a local woman waiting to decorate us with henna. I was the first ready so I watched in amazement as she worked so intricately and quickly. Barely any language between us but smiles and head nods. As our first evening continued that next group of women that included Alexis was returning from the hammam. With rooftop views, palms silhouetted in the sun setting, the call to prayer (probably my favorite sound while we were in Morocco), the sweet smell of the burning olive wood and that energy that is often found in a group of strangers when all questions and answers are new. 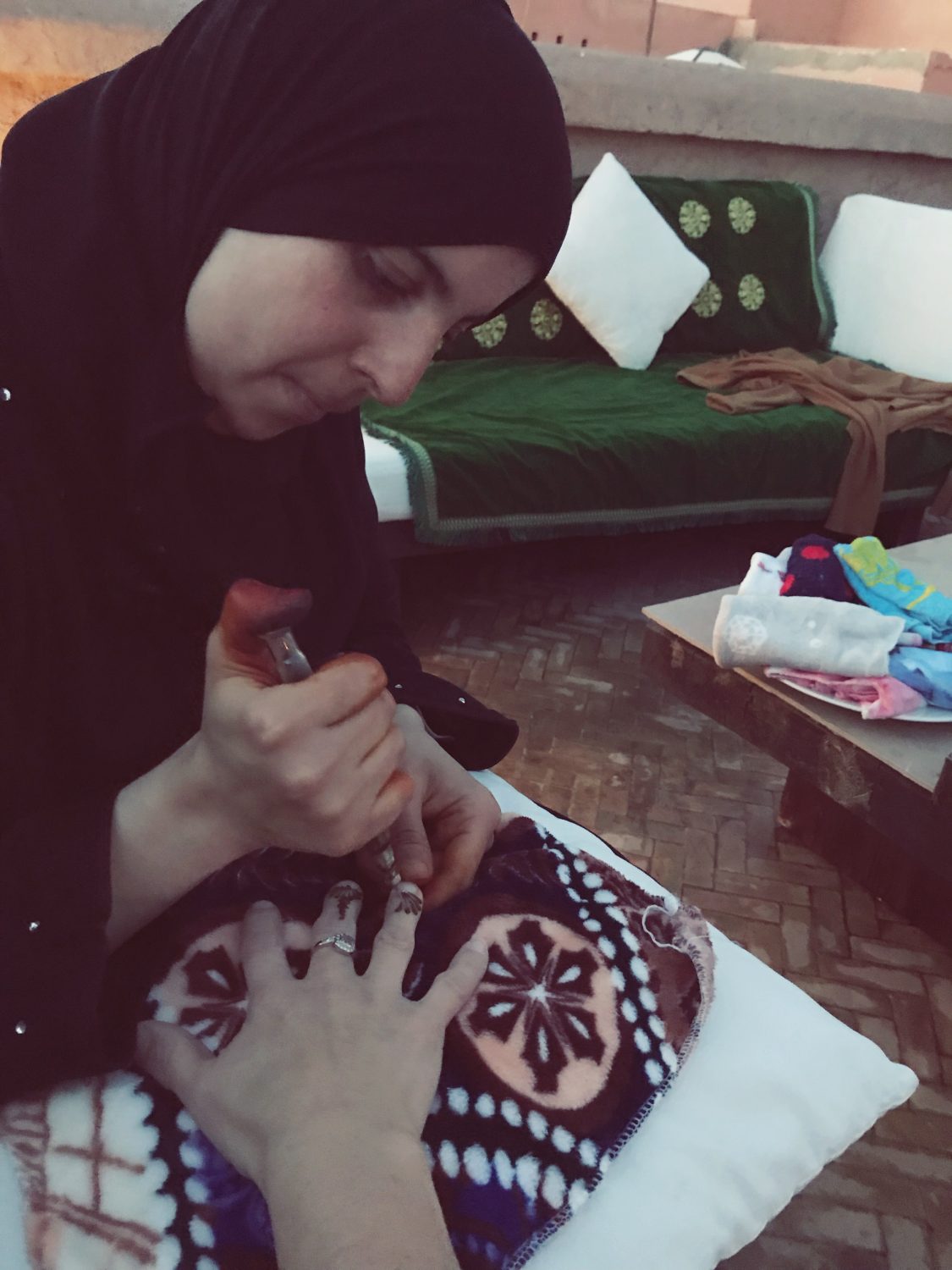 Call to Prayer-One of the most distinctive element associated with traveling to any country with a large Islamic population is hearing the call to prayer (adhan) five times a day. The call to prayer in a central part of daily life and can be loudly heard throughout the city streets.

You can read Part III HERE.